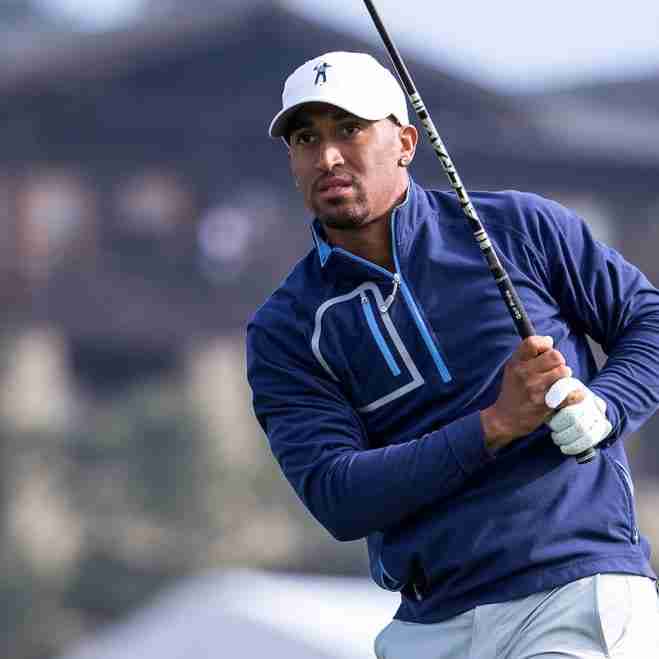 Before embarking upon a professional career, the Flint, Michigan native’s champion status was established at HBCU Bethune-Cookman College where he won 12 collegiate tournaments.  The 33-year-old was once featured in Sports Illustrated magazine after winning the American Junior Golf Association's Buick Junior in 2006, and then became the first African American to win the Michigan Amateur in 2011.

Willie’s professional career includes 14 tournament wins such as the APGATour Championship Atlanta in 2019, and multiple top10 finishes in the Daytona Beach Open and Thanksgiving Classic tournaments, among others. In 2019, Willie Mack III was named Lexus Cup Player of the Year by the Advocates Professional Golf Association, a nonprofit organization whose mission is to increase diversity in golf.

Uncompromising in character, Willie Mack III’s drive and work ethic made him the inevitable choice to be the face of Talley & Twine.“Willie was chosen because he is ‘making his mark’ on the black golf community. He has excelled in his craft and continues to pursue greatness. Talley & Twine prides itself on supporting, encouraging, and enabling our community's rising stars with the opportunities that other brands have, for too long,  overlooked.” says Eric Heyward, Chief Operations Officer.

Willie will be representing Talley & Twine at the 2021 Genesis Invitational, hosted at the iconic Riviera Country Club February 18-21, 2021! This will be Willie's 2nd PGA Tour tournament.

Talley & Twine is a luxury brand that specializes in watches and accessories for men and women. The Virginia-based, international brand was founded in 2014 with the mission of creating timepieces that were both detailed and affordable. Each watch face is anchored by a lone number 7, a number that represents completion and one that serves as a reminder to customers to finish what they have started. The name comes from an intersection that was formerly the center of a notorious, crime-ridden neighborhood in Virginia. In recent years, the neighborhood has been completely revitalized and those same families now can own a place with a dark past that now has a bright future; Talley & Twine represents that future. It's not about how you start; it's about how you finish.